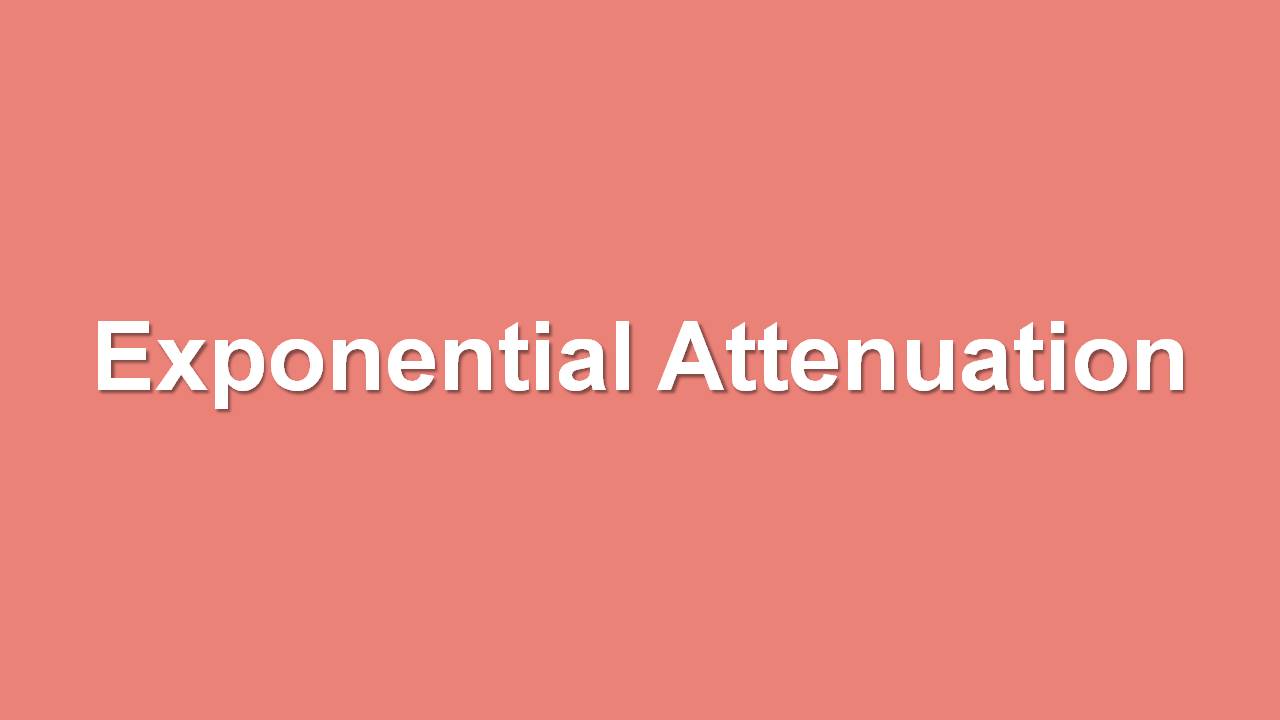 The concept of exponential attenuation is relevant primarily to uncharged ionizing radiation (i.e., photons and neutrons), which lose their energy in relatively few large interactions, rather than charged particles which typically undergo many small collisions, losing their kinetic energy gradually. An individual uncharged particle has a significant probability of passing straight through a thick layer of matter without losing any energy, while a charged particle must always lose some or all of its energy.

•         Assume for this ideal case that each particle either is completely absorbed in a single interaction, producing no secondary radiation, or passes straight through the entire plate unchanged in energy or direction

•         If N particles are incident upon dl, the change dN in the number N due to absorption is given by

where m is typically given in units of cm-1 or m-1, and dl is correspondingly in cm or m

•         Integrating over the depth l from 0 to L, and corresponding particle populations from N0 to NL, give

•  This is the law of exponential attenuation, which applies either for the ideal case described above (simple absorption, no scattering or secondary radiation), or where scattered and secondary particles may be produced but are not counted in NL 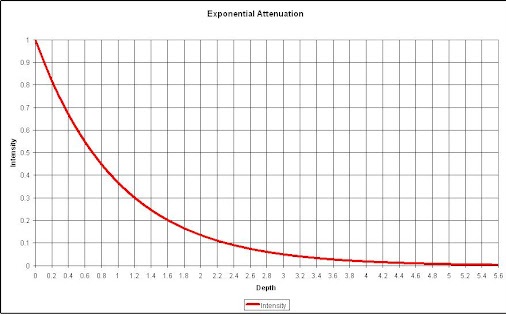 •         When it is divided by the density r of the attenuating medium, the mass attenuation coefficient m/r (cm2/g or m2/kg) is obtained

•         m is sometimes referred to as the “narrow-beam attenuation coefficient”

1. Exponential attenuation law is suitable only for

a) Photons and neutrons

b) All charged particles

a) photons and neutrons

6. The physics of Radiation Therapy ,4th edition by F.M.Khan