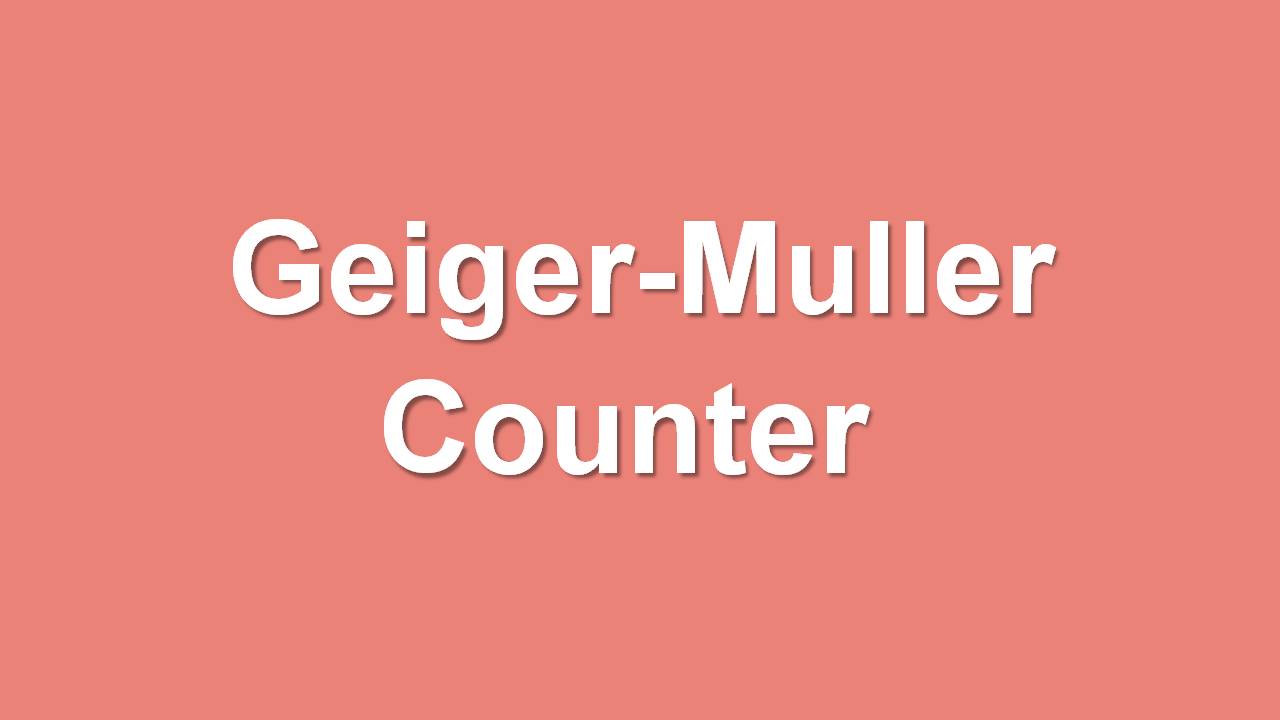 The term Geiger counter refers to a hand-held survey type meter. It is an instrument used for detecting and measuring ionizing radiation. It is made up of a Geiger-Muller tube, which is the sensing element that detects radiation, and the processing electronics, which displays the result. It was first used to detect alpha and beta particles. 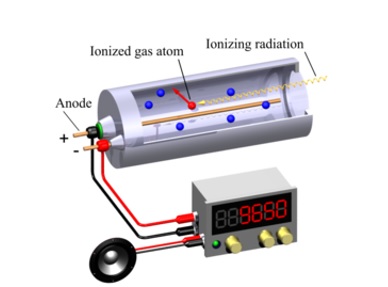 The Geiger-Muller tube is filled with inert gas such as helium, neon or argon at low pressure, to which a high voltage is applied. The tube conducts electrical charge when a particle or photon of incident radiation makes the gas conductive by ionization. The ionization is amplified within the tube by the Townsend discharge effect to produce a detection pulse which if fed to the processing and display electronics. To stop the discharge a little halogen gas or organic material is added to the gas mixture.

There are two types of detected radiation readouts; counts, which is normally applied in detecting alpha or beta particles and radiation dose, that is used for detecting X-ray and gamma dose rates. The readout can be analog or digital.

The Geiger-Muller tube can detect the presence of radiation but not its energy that influences the radiation’s ionizing effect. This makes the instruments measuring the dose rate to require an energy compensated Geiger-Muller tube that relates the displayed dose to the counts detected.

Limitations of  a Geiger Muller counter

1. Geiger-Muller tube cannot differentiate radiation types because the output pulse is always of the same magnitude regardless of the energy of the incident radiation.

2. Geiger-Muller counter has an inability to measure high radiation rates due to the ‘dead time’ of the Geiger-Muller tube. ‘Dead time’ is whereby the tube indicates lower rates than actual due to an insensitive period after each ionization of the gas during which any further incident radiation will not result in a count. Hence for high radiation rates ion chamber devices are preferred for accurate results.

Geiger-Muller (G-M) Counters produce a large voltage pulse because the numbers of ion pairs produced are greatly amplified, by the phenomenon known as gas multiplication. Gas multiplication is induced by a strong applied electric field.

After creation by radiation interaction, both electrons and ions make many collisions with neutral gas molecules until collected. When the electric field is strong enough, electrons get high kinetic energies between collisions and eventually can ionize neutral molecules as illustrated in Fig. 3.8 while ions have low mobility and they attain very little energy between collisions. The two electrons can then be accelerated and further ionization's can be caused. The process takes the form of a cascade (Townsend avalanche). The electric field must be stronger than the threshold. The fractional increase in the number of electrons per unit path length is governed by the Townsend Equation: 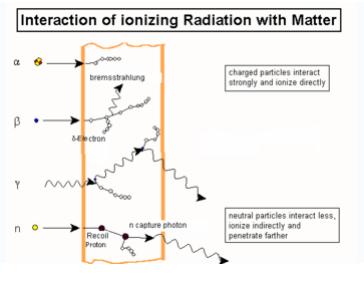 1.What are the quenching gases used in the GM counters?