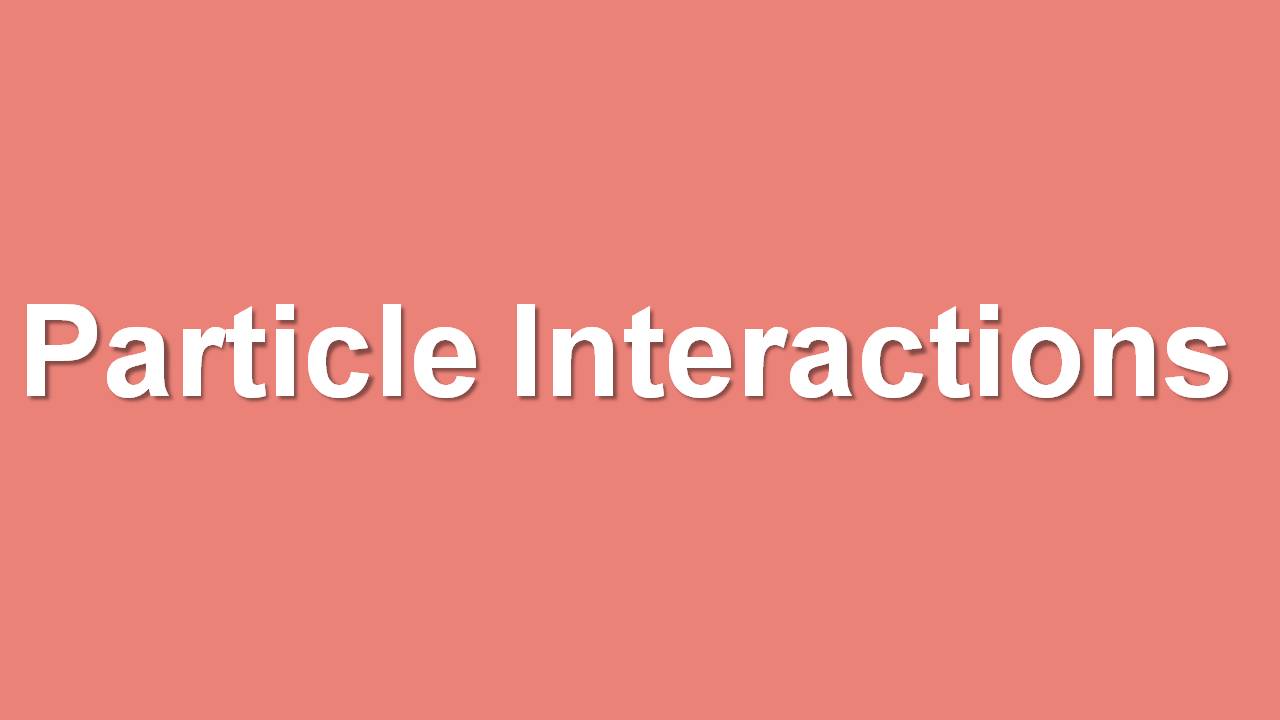 Particle Radiation is known till now in the field of radiotherapy are Alpha Particle, Proton, Electron, and Radiotherapy. The mode of interaction in the matter is different for different particle not same as photons.  Let us see one by one briefly here.

The most probable process involved in the absorption of alphas, however, are ionization and excitation of orbital electrons. Ionization occurs whenever the alpha particle is sufficiently close to electron to pull it out from orbit though coulomb attraction. Each time this occurs, the alpha loses kinetic energy and is thus slowed. The alpha also loses kinetic energy by exciting orbital electrons with interactions that are insufficient to cause ionization. As it becomes slowed, the alpha has tendency to cause ionization at an increasing rate. As the alpha nears to the end of its track, its rate of ionization peaks and within very short distance, it stops, collects two electrons and becomes helium atom.

Because alpha particles are comparatively heavy and have a charge, they react strongly with matter, producing large numbers of ions per unit length of their path. As a result, they are not very penetrating. For example, 5 MeV alpha particles will only travel about 3.6 cm in air and will not penetrate an ordinary piece of paper. For the other materials the average travel distance with respect to air is approximately inversely proportional to the respective densities of each material. 5 MeV alpha particles will only travel about 4 μm in mammal tissue.

Beta particles can interact with electrons as well as nuclei in the medium through which they are traveling. Beta particles passing near nucleus will be deflected by the coulomb forces and losses of the beta particles kinetic energy may or may not (Rutherford scattering) occur.

The proton interactions with atomic electrons are generally inelastic; that is, the proton loses a small amount of energy by ionizing atoms (kicking an electron out of its orbit). These interactions generally do not result in much change to the proton direction, but many scatters do reduce the proton energy. With dense materials, the energy loss can be quite large (100 to 500 mega electronvolts). The amount of energy loss can be important, depending on the energy of the beam.

Protons travel a few centimeters to tens of centimeters through matter before they undergo a significant interaction with the object either through strong or electromagnetic forces. These so-called interaction or attenuation lengths are optimum for radio-graphing objects to extract precise physical characteristics such as density. In contrast, x rays have a maximum attenuation length of about 1 centimeter. For a 10-centimeter-thick slab of material, a beam of x rays is reduced by roughly one million (one in a million x rays makes it through the slab), whereas one in three protons makes it through. Because many more protons make it through than x rays, scientists say that protons are more penetrating. 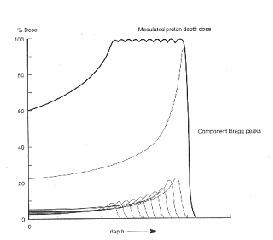 1. What is the range of alpha particles in matter?A few centimeters

a) A few micrometers

b) A few meters

2.What is the most efficient absorber of  a neutron beam?

b – a few micrometers
c – paraffin wax or polyethylene