The effect of radiation will be modified by choosing some parameters such as Linear energy transfer, oxygen effect, radiosensitizers, and radio protecters,etc.

The linear energy transfer (L) of charged particles in medium is the quotient of dE/dl, where dE is the average energy locally imparted to the medium by a charged particle of specified energy in traversing a distance of dl.

The ratio of doses administered under hypoxic to aerated conditions needed to achieve the same biological effect is called the oxygen enhancement ratio (OER).

For sparsely ionizing radiations, such as x- and γ-rays, the OER at high doses has a value of between 2.5 and 3.5. The OER has been determined for a wide variety of chemical and biologic systems with different endpoints, and its value for x-rays and γ-rays always tends to fall in this range. There is some evidence that for rapidly growing cells cultured in vitro, the OER has a smaller value of about 2.5 at lower doses, on the order of the daily dose per fraction generally used in radiotherapy. This is believed to result from the variation of OER with the phase of the cell cycle: Cells in G1 phase have a lower OER than those in S, and because G1 cells are more radiosensitive, they dominate the low-dose region of the survival curve. For this reason, the OER of an asynchronous population is slightly smaller at low doses than at high doses. This result has been demonstrated for fast-growing cells cultured in vitro, for which precise survival measurements are possible, but would be difficult to show in a tissue. There is some evidence also that for cells in culture, the survival curve has a complex shape for doses below 1 Gy (100 rad). What effect, if any, this has on the OER is not yet clear.

Radiosensitizers are chemical or pharmacologic agents that increase the lethal effects of radiation if administered in conjunction with it. Many compounds that modify the radiation response of mammalian cells have been discovered over the years, but most offer no practical gain in radiotherapy because they do not show a differential effect between tumors and normal tissues. There is no point in employing a drug that increases the sensitivity of tumor and normal cells to the same extent.

With this all-important criterion of a differential effect, only two types of sensitizers have found practical use in clinical radiotherapy:

Halogenated pyrimidines sensitize cells to a degree dependent on the amount of the analogue incorporated. In this case, a differential effect is based on the premise that tumor cells cycle faster and therefore incorporate more of the drug than the surrounding normal tissues.

Hypoxic-cell sensitizers increase the radiosensitivity of cells deficient in molecular oxygen but have no effect on normally aerated cells. In this case, a differential effect is based on the premise that hypoxic cells occur only in tumors and not in normal tissues.

These two classes of sensitizers are discussed in turn. The basic strategy of all radiosensitizers . The aim is to move the tumor control curve to lower doses by sensitizing tumor cells but not affecting the normal-tissue complication curve, or at least not altering it as much. The outcome would be to increase the tumor control probability for a given level of normal-tissue complications.

2. Oxygen effect gives better results for x-rays and gamma rays than other type of radiations

1. Radiobiology for the radiologist by E.J.Hall, Amato J. Giaccia 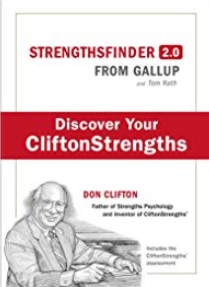